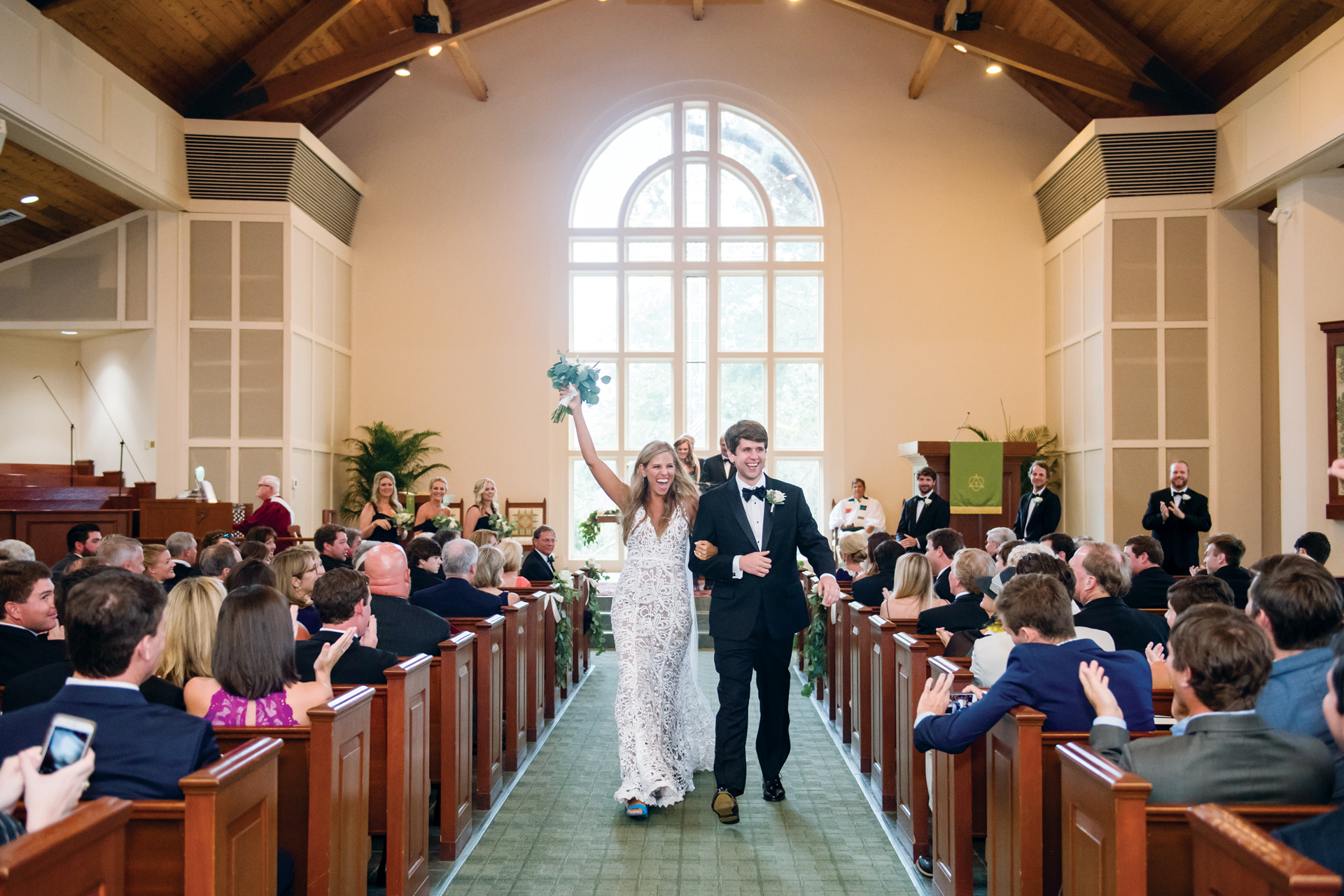 A determined bride, determined friends and family, and a determined venue pull off a beautiful wedding in the wake of Hurricane Irma.

Kara and Evan Johnson had a beautiful wedding, enjoying all the wonderful things Amelia Island has to offer, but the hidden gem in the story is a century-plus legacy of love, commitment, and history here on the island.

“I’ve come to Amelia Island every year since I was born,” explains Kara. The bride’s parents discovered Amelia Island’s allure when they honeymooned here, and after that, Amelia Island Plantation became their family reunion meeting place each summer, with grandparents, aunts, uncles, and cousins sharing summer homes and memories.

As cherished as her childhood memories are, for Kara, her most significant memory may always be seeing fiancé Evan—on one knee—with the lush green marshes of Walker’s Landing in the background. 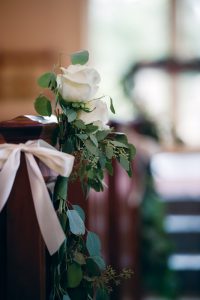 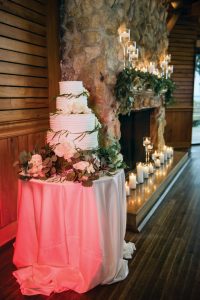 “There was no question where we’d be married,” she laughs. “In fact, when we came back to the condo to show off my new diamond, my mom already had an appointment for us to talk to the Omni Amelia Island Plantation Resort about the details!”

The nuptials were planned for September 16, 2017, a beautiful month to get married on Amelia Island, except this ended up being the weekend following Hurricane Irma! “When my wedding planner, a.k.a. my aunt, and I showed up on Tuesday, the property was a disaster, and the resort closed. Trees were in the roads, and debris was everywhere. But they let us in, and we even stayed at our condo without power on the first day.”

Yet the show would go on. To illustrate Omni’s determination, the power was back on by Wednesday, on Thursday the wedding party was relaxing poolside, and on Saturday the property was pristine again, with little sign of the storm it had just endured. “We can’t say enough about the amazing service they provided,” says Kara.

Another challenge the wedding party had to overcome was flight cancelations due to the hurricane. “Our friends flights were canceled left and right, but everyone still managed to make it!” says Kara. “Some people even hopped in their cars and drove 10 to 12 hours to get here. Not one person declined!”

On arrival, they gathered for a welcome party at the Falcon’s Nest at the Omni. On Friday, everyone enjoyed the Florida sand and saltwater before an incredible rehearsal dinner at Sliders Seaside Grill, where they celebrated in a private upstairs room at the lovely oceanfront venue. “I’ve been going there my whole life,” Kara laughs. “My grandmother always insists it’s going to be her last vacation and last visit to Slider’s each year, but she keeps making it back!”

Saturday at six o’clock, the couple said, “I do” at the Amelia Plantation Chapel, with Kara’s hometown minister officiating. After the vows, Evan slipped Kara’s maternal grandmother’s wedding band onto her left finger, and Kara slipped Evan’s paternal grandfather’s band on his – a symbol of a combined 120 years of love and commitment! Pam Bell Photography captured each of these memories.

And now it was time to celebrate! A trolley arrived and took the wedding party to Walker’s Landing for an outdoor cocktail hour with acoustic guitar entertainment by a family friend. “The weather was peaceful and sunny, the perfect ending to a rough week for Amelia Island. And we were the first ones at the venue. I wanted to personally greet each of our 160 guests —and be the first to see the décor!”

The décor was simply beautiful. “Walker’s Landing speaks for itself,” Kara says. “I kept it simple and all green— eucalyptus and a few white flowers.” The menu included Salt-Crusted Grouper, Shrimp and Grits, a whole hog, oysters, pimento cheese hush puppies, and they toped it off with Chocolate Death Cake, which the couple confirmed tasted great on their first anniversary!

When the reception ended, family and friends continued the celebration at the Falcon’s Nest, back where they had started the weekend. The crowd relaxed and rested beside the Omni pool on Sunday before enjoying one final family dinner together.

Today, the Johnson’s are settling into married life in Birmingham, Alabama, where she is a pediatric nurse practitioner and he is a private banking officer. “We stay busy and look forward to our next Amelia Island vacation—we’ve already visited three times since we said, ‘I do!’” 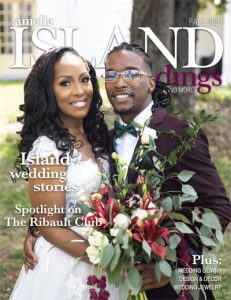 Copyright © 2021. All Rights reserved.
Made with by WPlook Themes